Reeya Napit was in Grade V in 2009 when she read the biography of Pele in school.  His biography had made a major impact on her life, which inspired her to want to become a football player.

Reeya belongs to a strict Newar community where girls are not allowed to go out to play and are limited to household activities besides studies. On her 11th birthday, she asked her father for a football and got one. That was the first time she kicked a ball. She played inside her room; the walls were her teammates. Her school didn’t have regular sporting activities. It was only once a year they organized a sports day but there was no football as the school didn’t have a ground. She noticed a few boys playing football outside her house regularly, so she joined them and started practicing. Her mother found out and denied her permission to go out and play. Reeya said she was naive as she couldn’t understand why her mother didn’t want her to play. She was not aware of gender discrimination and how girls in Nepali society were denied from basic rights of education and sports.  Reeya stopped playing following her mother’s decision.

It was the year 2014 and World Cup fever was in full swing. Reeya started watching all the games and learned the rules of football. She then started watching the biography of football players from which she realized that to be a great football player, one has to start playing early. She thought if she doesn’t start now, she will never be able to live her dream of becoming a football player! So, she started going out again and played with the boys of her community. Not too long after, her neighbors saw her and complained to her mother. She was then sent to her grandmother’s house where she was not even allowed to run or jump. She was expected to act like a lady and work in the kitchen and do household chores. But that didn’t stop her. She would watch training videos and practice in her room. Her grandmother found out about this and sent her to a Vihar (Buddhist Meditation Center) for four months. She had to go bald, had to sleep on the floor and wake up at 4 am every morning. During her meditation stay in the Meditation Center, she had many questions about why she was sent there and why she was not allowed to play football. She read many books in the library there and learned about tradition, culture and how women are treated in this patriarchal society.

Following her return from the meditation center, she started demanding her parents to let her join football training. Her uncle started supporting her and paid for her training at Sports Science Academy, Satdobato. When she was in grade 10, she couldn’t continue her training as she needed to focus on her board exams. Her mother even punctured her football so she wouldn’t be able to play in her room. Reeya recalls it as the most difficult time for her, having to choose between football and studies. What kept her going was, she promised herself, to be back on the ground once the exams were over. And that was exactly what happened. 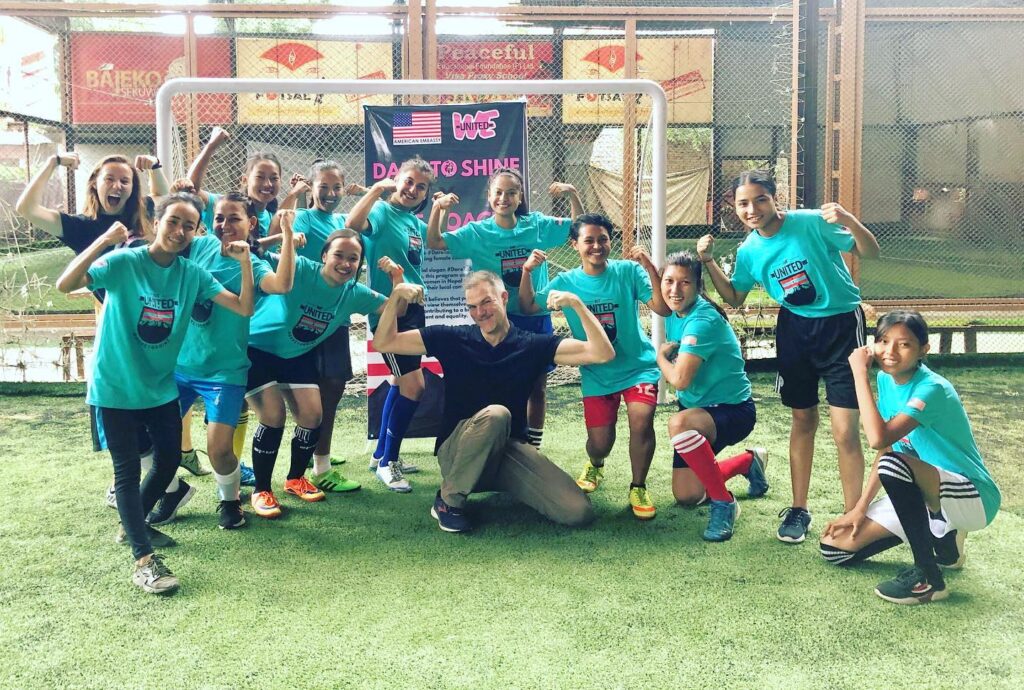 Reeya started training in the Buddhi Bikash Ground in Newgen Club after the exam. They provided training to girls for free, so it made it easier to convince her parents. After training for two months, her game was improving, and she was getting physically stronger. Just then, there was the selection for the U-15 and U-18 National team, but Reeya couldn’t participate in the U-15 games as she had just turned 15 and was too young for U-18. She continued training, without losing hope. She went to play wherever it was free to play and kept working on her skills.

In 2018, Reeya got her breakthrough when she was selected for The Deputy Mayor Cup. She got a chance to play with and against many national players. Although her team didn’t win, she learned a lot about football and realized that there can be a career in football. She started getting opportunities to play in other tournaments as well. A year later, she came across an exchange program called the Sports Visitor Program, organized by the U.S. Embassy in Kathmandu, for an opportunity to travel to the United States for the program. She applied and was selected along with four other girls from Nepal to go to the United States for two weeks. Pema Lama, President of All Nepal Women’s Football Association, assisted them throughout the program. When she landed in the USA, she met athletes from 13 countries. They all learned about different cultures and football scenes in different countries. The program mainly focused on women’s empowerment through sports, team building and gender equality. All activities were based on three main topics: Vision, Voice and Action. She was also in a camp run by Judy Foudy – a retired American football player and two-time FIFA World Cup Champion.

After returning home from the United States, Reeya focused on her education and wanted to prove that her engagement in football does not have to compromise her studies. A few months later, she was selected by The WE United Project for the Mahila Coaching Initiative program, led by Maura Mcglynn. “Maura is a great coach. She taught us coaching but more importantly, she taught us to be a leader, to be independent, and to be confident”, says Reeya. She received footballs and other equipment to be able to coach a team. Altogether she was coaching 47 girls from three schools through this program. This was the first time she experienced coaching. Reeya believes the program gave her great confidence and motivated her to do more in football. Through her new network, she also got the chance to join Barca Nepal, a Barcelona fan club working on promoting football and social services in Nepal. With Barca Nepal, she debuted in her first futsal tournament as the team participated in the 6th Annual Futsal Tournament as well as the Mahila Premier League III organized by The WE United Project. 2019 was a great year for her. She was coaching her students, training with her new team as well as playing in tournaments and leagues. As she was getting more opportunities, she was also developing herself as a person, becoming more confident and gaining more experience with every match.

Reeya is one of the graduated coaches of the WEcoachNepal X DaretoShine program organized by WE United in 2019. Reeya is studying Bachelor’s second year in Public Health and working full-time but tries to play futsal at least every Saturday. She still wants to contribute to football in Nepal once she graduates her studies. 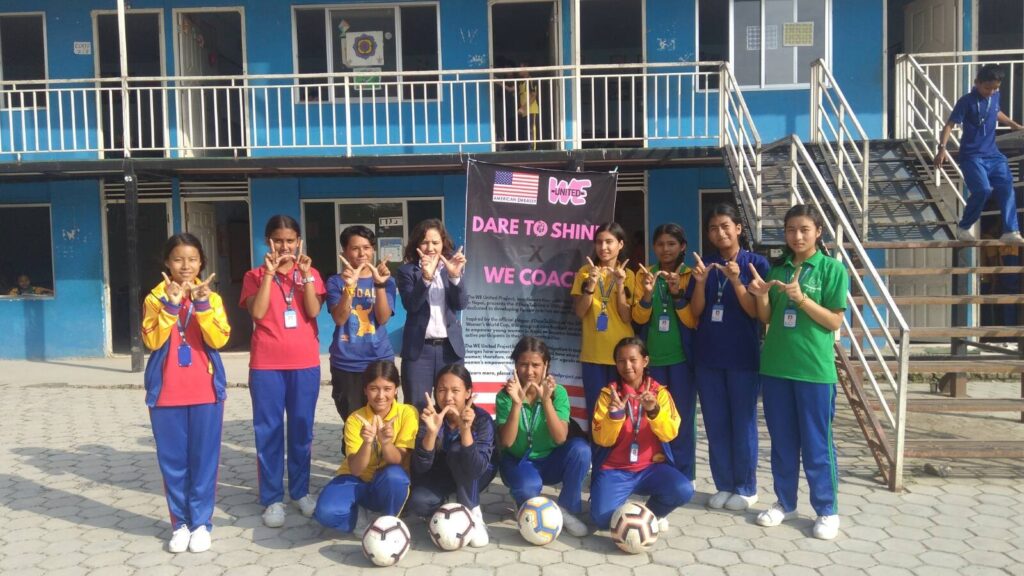 Reeya and her students, who she coached for the WEcoachNepal X DaretoShine program.

The WE United Project | ECS Living