The WE United Project got featured on Soccer Coach Weekly – Women’s Soccer Coaching edition in 2021. The magazine approached WE United for an interview to put a spotlight on our work in empowering young women to become leaders and active participants in their local communities.

In the shadow of the Himalayas, a female-led initiative is dispelling local gender stereotypes and empowering women to become coaches and inspirations.

Known best as the home of Mount Everest, and for its unusual two-pennant flag, Nepal is hardly synonymous with women’s soccer – but one initiative is changing perceptions.
Founded by Amanda Cats-Baril and Anne McGuinness in 2014, We United empowers
women and girls in the Himalayan nation not just to play and offciate in female-friendly
spaces, but coach as well. 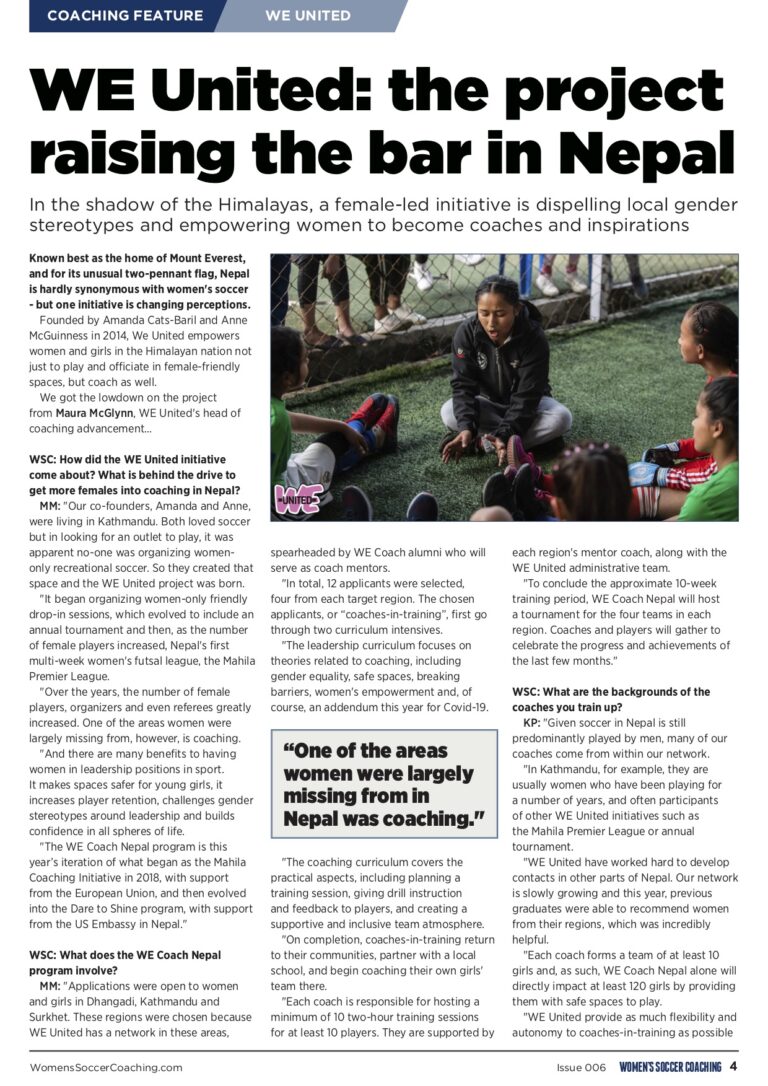 The WE United Project | ECS Living